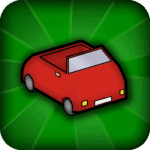 Are you ready to begin the battle? What are you waiting for? Throw yourself into the mini-world of Push Battle!

Riding your car you will need to push your enemies down from the arena, before they do the same with you!

►  Survive!
Dodge enemies and then push them with all your strength, but watch out for the unexpected: you will have to avoid rockets, resist the wind of the hairdryer, run away from the bees and more!

►  Customize!
Collect three stars in all 112 levels available and buy new vehicles and fantastic hats that will increase your stats!

Drive your car to the victory , stay on the arena , win the battle!
A funny game set in the house where the fight between cars will give you loads of fun thanks to:
♦ 12 different vehicles with different performances
♦ 19 hats, which will improve your character
♦ 8 environments in which you will play , each consisting of 14 levels
♦ More than 300 stars to collect to buy upgrades
♦ Simple and comfortable controls : move with the joystick and push by tapping the screen
♦ Fully 3D graphics optimized for maximum FPS

This is a free demo version, and some contents are not avaible. If you like this game, you can purchase it on Google Play. Thanks!